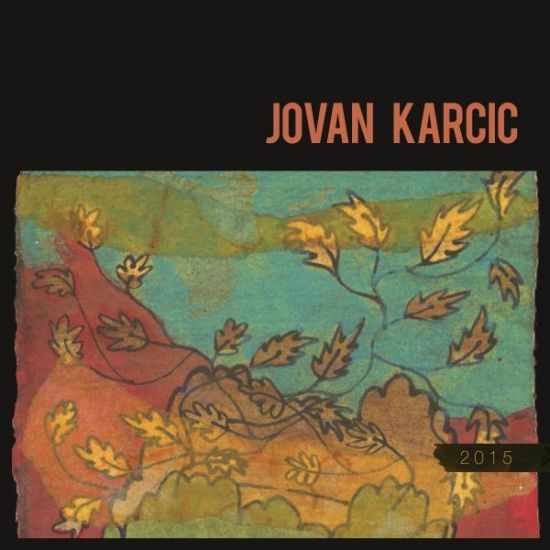 When Jovan Karcic releases 2015, his third long-player and second for Scioto Records, he’s telling you about who he was, standing
on top of the hill.

The album began in the same vein as his previous home-recorded calendar-year song & sound diaries, 2010 and 2011. Karcic blends
DIY vibes with studio contributions from his friends, family and outsiders. It was a response to where he was standing, what was
behind him, and signs of things ahead.

“I just had a zero-ending birthday and my Civil War reenactment weighed heavily on my soul.” The theatrical history lesson that
left him cold was reunion performances of the mid-90s roots-Americana band, The Haynes Boys, in which he played drums; the
occasion was the album’s reissue. The zero-ending birthday... well, pick your decade. The birth of his daughter, a sign of things to
come, kept him forward-focused.

Karcic composed and recorded in his coffee shop, employing local talents/customers like Counterfeit Madison (Anyway Records),
Lisa Bella Donna (EYE), and The Alwood Sisters to overdub their parts. Mary Lattimore (Kurt Vile, Thurston Moore) was
invited to add harp to “Gambler’s Dream”. And if you hear a Prince infuence, you’d be correct. Karcic approached Brent Fischer,
who had worked with the late musician since 1985. Several months later, he received a recorded orchestration for 2015’s fnal song,
“Shadow and Echo.”

2015 is the story of youth climbing up the hill to mid-age and everything that came between. Listen to what Jovan Karcic culled from
12 months of living and refecting into a time capsule for your turntable.

All songs written and recorded by jak in 2015.