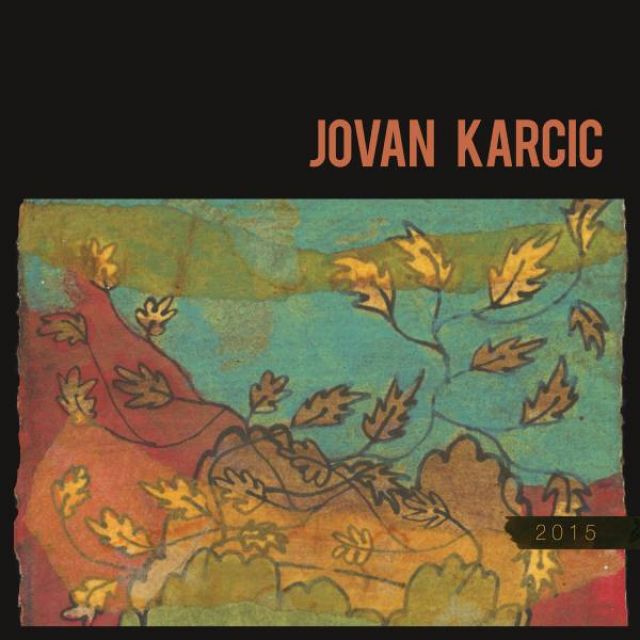 Jovan Karcic has been self-recording music for most of his life, most of which was never released in any form. He spent much of his time playing in bands with strong songwriters: the late Jerry Wick in Columbus punk band Gaunt, troubadour Tim Easton in The Haynes Boys, filmmaker and songwriter J.P. Olsen in Burn Barrel and Jerry David DeCicca in folk-rock band The Black Swans. But as he says,
“I’ve played music for other people since I was 13. That’s for the outside world.”

It wasn’t until 2010 that he decided to craft an entire album. He spent the year recording in a garage with borrowed instruments and a Power Mac G3. After he closed his coffee shop for the day, he’d spend hours tinkering and writing. He took the album to his neighborhood pressing plant, and had 300 copies made that were sold at local stores and given to friends. Released the following year, “2010” was the first in his series of home-recorded calendar-year sound diaries. Inspired by Julia Cameron’s self-help manual, The Artist’s Way, Karcic found “permission to be an artist not just in secret.” This continued the following year, before the birth of his first child would take precedence over recording. “2011” was finally released on Columbus label Scioto Records four years later. Observational songwriting like “Reporter Song” and “Lonesome Trekker” sit next to lovely romantic songs like “Lady’s Man” and the spiritual yearning of “Open Up The Window” and “Slow Down City.”

On a whim, Karcic approached Brent Fischer to write an orchestral arrangement for the album’s final song, “Shadow and Echo.” Fischer, who had worked for years on arrangements for Prince with his father, Clare Fischer, delivered an epic arrangement for a 13-piece group of strings and horns. It’s a beautiful ending to an engaging and powerful album.

The tradition of the DIY loner, whether it’s Dave Cloud or Prince, is unique in that they require the listener to step into the artist's world. A point of view is shared. Sonic anomalies are heard. Jovan Karcic is one of those artists who, three albums into a solo career, is just beginning to share his world with us.