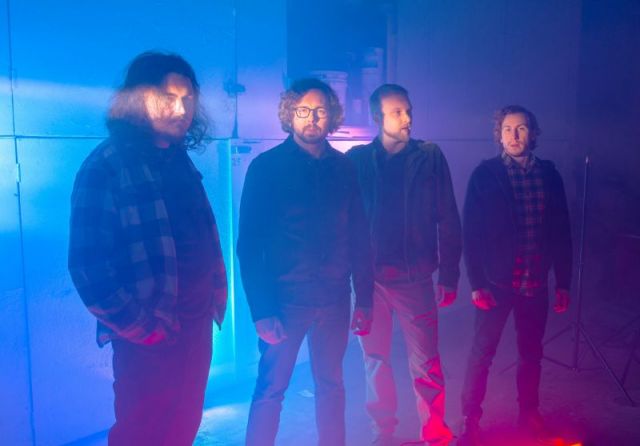 The band began as a collaboration between brothers Michael (guitar, vocals) and Adam Miller (drums), with Donovan Johnson (bass) joining
up in the summer of 2014. Xander Roseberry (guitar, backing vocals) was added to the lineup in the winter of 2016, just prior to their signing
with Oak Island Records, an imprint of German label Kozmik Artifactz.

Pale Grey Lore’s self‐titled debut album was originally self‐released on limited‐run CD and download in June of 2016. Conceived as a series of
surreal vignettes, it brought forth allegorical scenes from a dystopian, post‐apocalyptic world in which the lines between science and the occult,
technology and superstition, were hopelessly blurred. The album was released on vinyl LP December 1st 2017 via Oak Island Records.

Building on the momentum of the vinyl release, Pale Grey Lore began playing more live shows throughout the Midwest, landing spots on
heavy music festivals such as the Chicago Doomed & Stoned Fest, Descendants of Crom, and the Maryland Doom Fest. They have shared
the stage with: Pelican, Monolord, Lo‐Pan, and Le Butcherettes and have completed their second album 'Eschatology' which can be best
described as heavy on the heavy, and fuzzy and trippy in all the right places. 'Eschatology' will be hitting the streets on all formats in
September of 2019 on Small Stone.