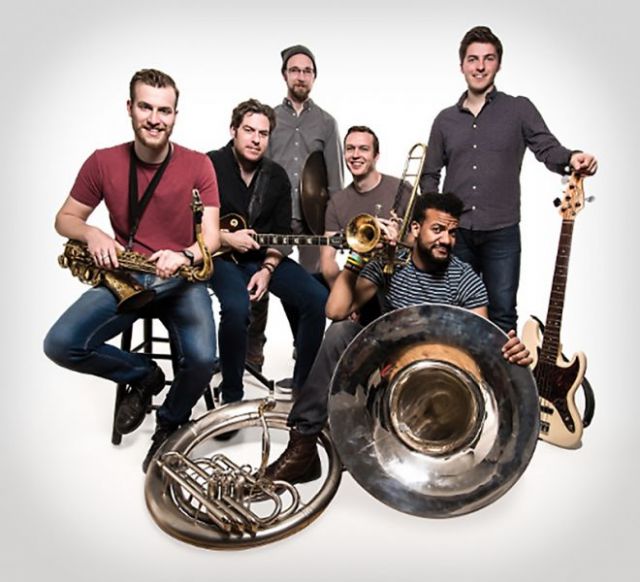 Huntertones is a high energy horn-driven group founded in Columbus, OH and currently based in Brooklyn, NY.  Their signature sound is a marriage of inspired improvisation and adventurous compositions that meld jazz, funk, soul, hip-hop, R&B, and rock. The band met at The Ohio State University and got their start playing house shows at their Hunter Avenue apartment. In addition to covering a wide range of genres, they’re known for the ability to shift from a dynamic six-piece ensemble to an unconventional trio featuring saxophone, sousaphone, and beat-boxing.

The band started 2016 with a month-long tour of North America, South America, and Africa through the American Music Abroad program. They were selected by the U.S. Department of State and the Bureau of Educational and Cultural Affairs to engage international audiences, students, and artists from around the globe. In September, Huntertones released their second album, ‘Live.’ This record captures the band in it’s element, performing genre-bending music while feeding on the energy of a hometown crowd.