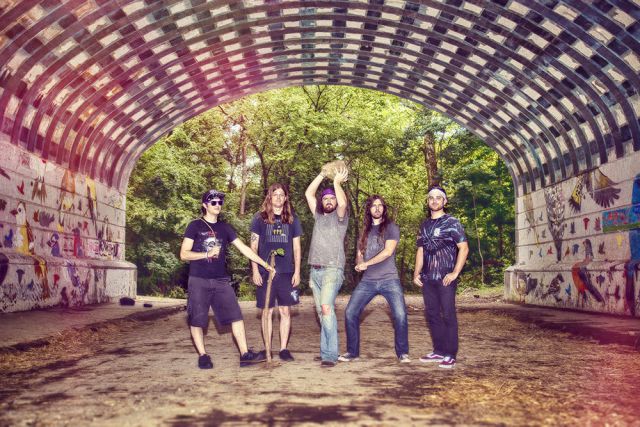 Her voice reverberated gently on the cave walls and glided accross the surface of the sacred subterranean lake: a long held secret of her elven kin. Mythandria's pointed ears peaked out ever so slightly from the hood of her ragged cloak. She was the last of her kind, her family and friends all slain mere hours before. The demon hoard would soon track her down and find the sacred cave which had remained hidden for a thousand years. If she could not complete her mission here then surely the likes of men and dwarves would also be completely obliterated.

"Rise, heroes. Rise from the water and defend the eight realms! This world will perish without your aid."

Just at that moment Mythandria heard the faint rumble of demonic marching. Soldiers from the nether world were already here. But perhaps not all was lost. A glowing light began to grow deep within the water. It started to rise when...

A searing pain formed in Mythandria's back and crept all the way to her chest. She had been impaled straight through the heart. Blood began to rush from her wound as the weapon withdrew and then a burning, decrepet hand turned her around by the shoulder. She met face to face with her hideous murderer but things were quickly going dark.

She had one last thought: "I only hope that I made it in time..."

Everything in her mind went black.

The hoard began to circle the lake and the glowing light continued to rise. Then the light divided into five separate yet more powerful points of light. None of the demon soldiers could begin to comprehend what was about to happen. The five points of light finally broke the surface and one could plainly see that they had become five young men. What would become of these five "heroes" that Mythandria summoned in her dying hour? Would they escape the cave and turn the tide on the most devastating war the earth had ever seen?