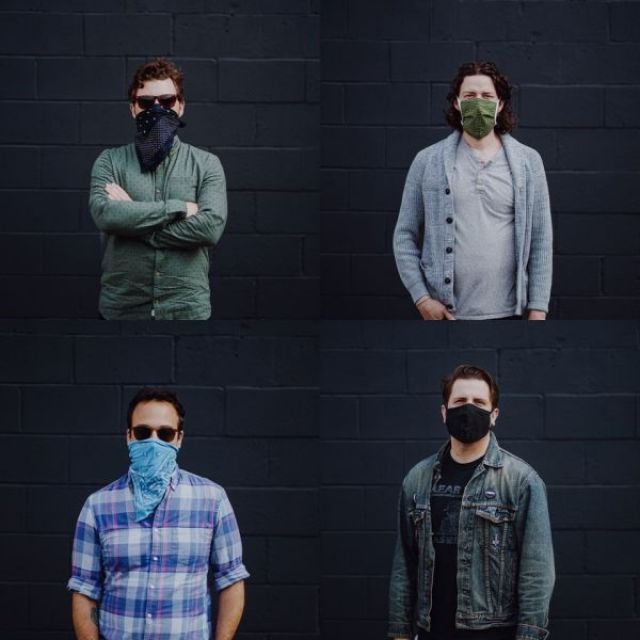 Weird Brother’s latest release 'Fail Fast' is not a throwaway EP. Fail Fast is a document on #cancelculture, the disposability of social media and the unending avalanche of content available on the six-inch devices that have stolen the lion’s share of our daily attention.

Musically, Fail Fast is a snapshot of a year with friends in the beloved (RIP) rehearsal space ‘Old Krups’ on Columbus, Ohio’s East side -- specifically, the time writing and performing with close friend and brother Andy Foster. We were having dinner after a whirlwind Parquet Courts show when Andy joined the band. It was late 2018, Weird Brother was well underway and Andy expressed an interest in jamming with us. We were preparing to release our first album (2019’s True Love is a Dog), and not about to let go of the lifelong dream of playing with two drummers! So, we didn’t hesitate a moment to bring him on board.  Andy is not only an amazing drummer, but a fantastic photographer and artist (see the art for Fail Fast).

Our other fellow brother, drummer and co-founding member, Dennis Ingle, has been crucial in developing the rhythmic backbone and style of Weird Brother. He’s loose and always on-point. His skills were honed during years of busking on the streets of Columbus, entertaining passersby as a one-man band behind a rotating collage of buckets, pots and pans, kalimbas⁠ — whatever he could fit on his bike trailer. Now, Dennis could pick up a trumpet or step behind a synth and make magic; adding Andy gave Dennis the freedom to shape Weird Brother’s sound in other ways.

So, here it is: Fail Fast, a short album with a big sound. We leveraged the luxuries that Andy’s presence afforded us and stretched our music, from the lead-off single, “All Over Again,” to the final track, “True Love is a Drag.”

It was great to once again work with Andy’s lifelong bandmate Jonathan Hape (Room and Board, Narrow/Arrow), who knows us all extremely well and did an amazing job helping record, produce and mix the material. We also couldn’t have done it without Glenn Davis (Way Yes) putting his final mastering finesse on the material.