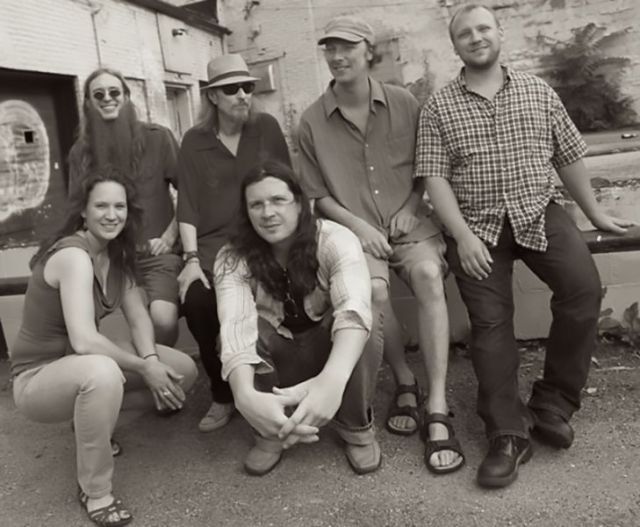 In 2003 a new sound sprang up in the Rust Belt; a raucous, down-and-dirty sound, an intoxicating and gritty sound that pulled people in droves to dance floors across the Midwest. That new sound was the bluesy, upbeat, country-fried rock ‘n’ roll of The Spikdrivers. Front man Jesse Henry’s unique and down-home song writing meets the electrified ruckus and wild precision of the backing band similar to what might have been if Louis Prima had led The Band. The band has four studio albums and three live records that brought their songs into the hearts and ears of listeners across the United States. The Spikedrivers can grab hold of an audience and turn them instantly to avid fans. The Spikedrivers is led by Jesse Henry, who was raised Mennonite in rural Northwest Ohio and who spent his early years working on grain elevators and learning songs of the great American Troubadours. He brings his electrifying stage presence and musicianship wherever he roams. Megan Palmer, a registered nurse by day, turns fiddle-playing super hero by night; serenading the audience with her sultry voice and ravishing them with white-hot fiddle leads. Steve Sweney, best known for his cosmic guitar work with the band Ekoostik Hookah, gets to showcase a different side of his playing. He strips down to just amp and guitar and listeners get to relish the raw tone and intensity. John Boestler the guitar wizard is the newest member bringing 40-plus years of experience as well as being Sweney’s early mentor. The rhythm section and backbone holding it all together are Nate Anders and Steven Fox. A vibraphonist and college educator, Nate beats the skins like a pack of hounds is on his tail all the while booming baritone harmony. Fox brings his lightning fast bow acrobatics and hard-thumping sound on the upright bass to adventurous levels as well as singing his sideburns off. In the coming year The Spikedrivers look to continue their success on the road spreading their infectious joy to all who will listen, and to some who won’t. As well as touring to support their latest album Sunset Motel filled with ear turning tunes sure to have people dancing in their homes waiting for their next live performance. We hope to see you there.