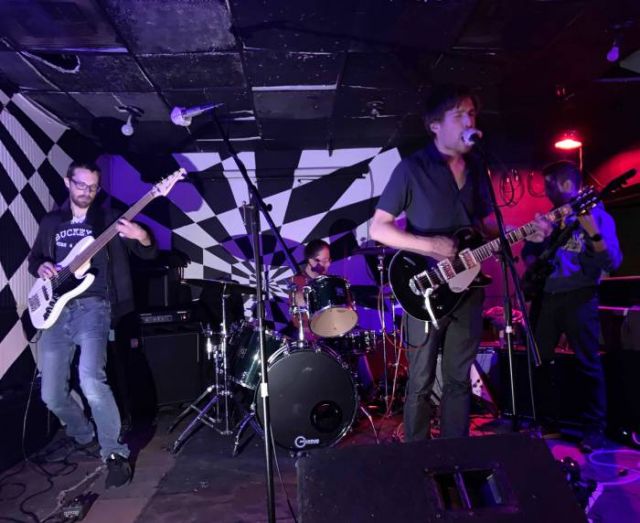 Slow Violence started as a project conceptualized by Nick Reetz while living in the Bay Area. The idea was to create a No Wave-inspired band that takes cues from various bands (some of which have been associated with that label, some who have not) that exist in a space between genres. Primary influences include Swans, Sonic Youth, Melvins, Boris, the Birthday Party, and Oh Sees. He carried this concept to Portland, OR where he began writing songs in collaboration with Remy Fransen. Shortly after moving from Portland to Columbus, Nick met drummer Evan Carr at a concert where local favorites DANA were playing. The two began playing music together and solidified many of the songs Nick had begun working on. Bassist David Lawler and guitarist Rick Renta soon joined. The group chose the name Slow Violence and began playing as many shows as possible starting in January of 2019. In June the group put out their first album called Sillt.