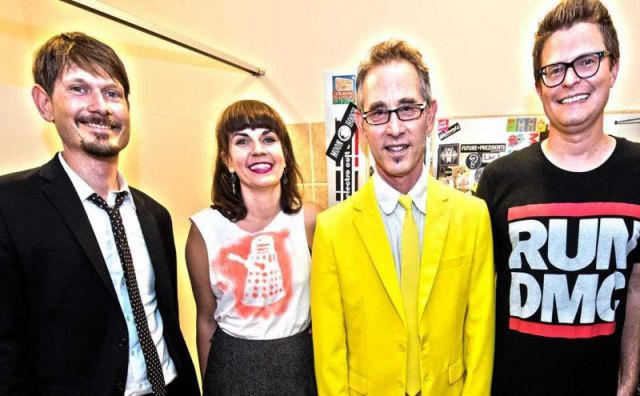 The Jeffs write and perform offbeat Americana Rock songs for a world that takes itself far too seriously. The group bridges the gap between My Morning Jacket and Monty Python with songs that are refreshingly witty and irreverent while also poignant and socially relevant. Think Randy Newman and The Onion stuffed into Tom Petty, and Wilco set against a coffeehouse stage. The Jeffs was formed in Columbus, Ohio in 2014 by singer-songwriter Jeff Tobin as an outlet for acoustic songs he had recently written. Since then, the group has played at just about every club and festival in the area. They've also picked up songwriting trophies from the Ohio Music Awards and the Columbus Bicentennial Song Competition. The current lineup consists of vocalist/songwriter Jeff Tobin, bassist/vocalist Geoff Wilcox, drummer/vocalist Paige Vandiver and guitarist Doug Hare. The band's sound, rooted in rock and country, frequently veers into experimental and psychedelic. Influences are wide and varied, from Bob Dylan to the Talking Heads to Wilco.