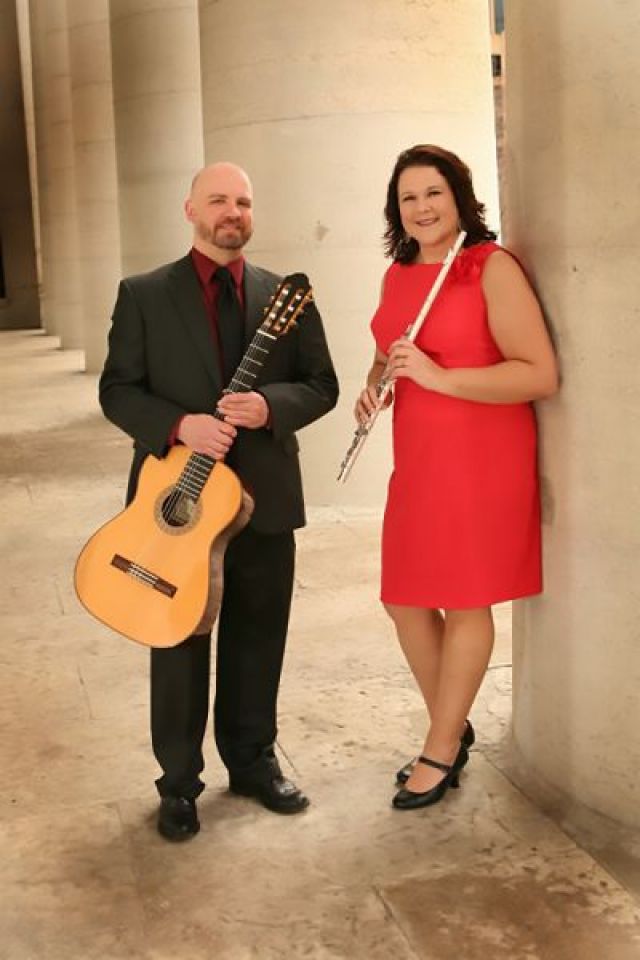 Innovative programming, sophisticated musicianship, and engaging performances are the hallmarks of the EOS Duo.  Dr. Kimberlee Goodman and Karl Wohlwend joined forces in 2009, while serving on the faculty of Otterbein University, to pursue a common goal of exploring masterworks for the classic combination of flute and guitar.

EOS Duo has performed throughout the Central Ohio region, including an appearance in Weigel Hall at The Ohio State University.  In September, 2010, they appeared as Guest Artists at West Virginia University, where they presented lectures, masterclasses, and a recital.

The EOS Duo was honored to be invited to present at the College Music Society’s International Conference in South Korea in July 2011.  They performed a lecture/recital entitled 20th Century Repertoire for Flute and Guitar from Around the Globe.

Also in July 2011, the EOS Duo presented a lecture/recital and performed on the Chamber Music Concert for the Classical Guitar Summer Workshop at the University of Cincinnati College-Conservatory of Music.