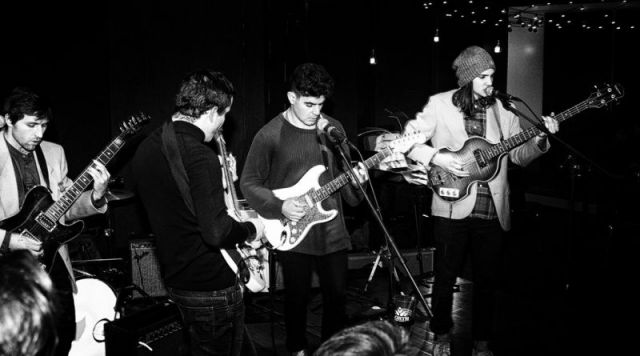 The Beers formed on New Year's Day of 2011 in an empty house in Gahanna, Ohio. Based around the songwriting of J.D. Bourke and Duke Vonderahe, The Beers have taken influence from The Beach Boys, Real Estate, and Joao Gilberto to name a few. After delivering a DIY-recorded debut album, Beer Meets World, the band went into the Musicol studio with Keith Hanlon to record their sophomore album, "Beers II Men." Recorded in 2 days, the album features songwriting from all 6 members of the band, as well as mixing and mastering work by founding Beer, Colin O'Sullivan. New songs are already being prepped for the 3rd album, tentatively titled 3 Beers Down.